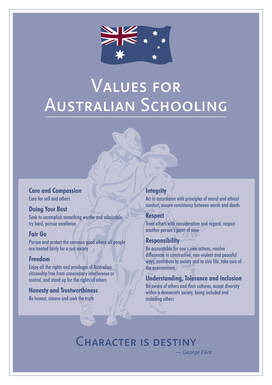 Special Christian Education
OAC Ministries has conducted presentations in WA public schools since 1988 with Rob Adams, who has conducted over 3,000 of them. We teach students about what we believe, why we believe it, and some of the differences it makes to our lives. But we don't ask them to sign up.
​Two types of presentations are available: Primary topics include: Most presentations are between 50-55 minutes in length and are suitable for all primary ages (years 1-6). The size and facilities of the school determines whether 1 or more sessions are required. The theme is presented using stories, object lessons, games, interaction, visual teaching, and loads of fun.
Our seminars can be used for Special Religious Education classes, assemblies, special events, leader training, or camps. Where possible we like to partner with local schools, chaplains, churches, & communities, because together the lesson can go beyond just the incursion.
Secondary Topics include:
Ethos
As with any subject area, good information and skills do exist, and should be taught ethically. OACM does so with sensitivity, expertise, and a bit of entertainment helps too. Our code of conduct agrees with the WA Education Act, including that we will: 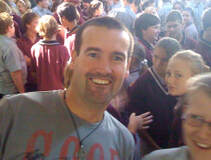 Fees
We suggest a donation of 200 per presentation, plus 100 per repeat session on the same visit.
For country schools a contribution towards travel costs is asked.
Costs should not prevent small schools from using our services. Just ask.

The School Education Act sections 66-71 allow for both "General" and "Special" Religious Education:
- "General RE" is taught by classroom teachers about religions as an observed social phenomena. Geoff Westlake provides training for all staff about where the lines are.*
- "Special RE" is taught by people of faith, and may be taught in public schools according to their context up to 40 hours per year. We can provide some of this.  *Teacher Training: Most school teachers received no lectures about how to do religious education. Therefore they most often avoid General Religious Education (GRE) in the classroom. Having studied this under Professor Brian V Hill at Murdoch Uni, Geoff can give well-respected, clear guidelines for staff for handling religious questions arising in the classroom, and even for adding GRE to their syllabus, confident that they will remain ethical and educationally sound in the process.
Why Christian Religious Education in Public Schools?
A common matter for school boards...
Percy: Next item, OAC Ministries wants to do a Christian Education incursion at our public school.
Frank: Nowadays you can't have religion in government schools.
Chris: Actually public schools are supposed to not exclude any religion but to include anyone from any religious tradition. And so the WA Schools Act actually allows for up to 40 hours a year of RE - as long as it is educational, and doesn't promote any particular group.
Percy: That's true, it also says the same about particular political parties, or commercial products. But it's very clear that this doesn't mean to "say nothing."
Frank: But parents from other religions will get upset that we'd be favouring Christianity.
Aashi: As a Hindu I do want my kids to hear about Christianity. One, because I'd rather my kids hear something about spirituality rather than nothing. And two, because it is more inclusive to teach students about different views, so they can get along with greater mutual understanding.
Muhammad: I find it's usually the people with no religion saying "other religions will get upset." It's like they are speaking for us, to play us off against each other. Maybe to keep the school exclusively atheistic by default? This conveniently excludes all other worldviews except their own! That's not a democracy. We religious people do exist and we should be included in public education. That's the meaning of section 116 of the Australian Constitution!
Frank: Well then we should let all religions do incursions!
Chris: I don't mind, at least all the religions in our school anyway - assuming they can send someone educational and ethical.
Muhammad: I agree. It would be so good for the kids to hear something real from us, rather than just assuming we're all terrorists. (Awkward pause followed by loud laughter.)
Chris: In this multicultural world, it is important for students to hear from at least one other worldview, at least sometimes. OAC Ministries seems to be able to do that responsibly for Christianity.
Aashi: We should probably make sure we hear from the Christians because it's still the most common religion in Australia. So much of Australian and Western culture came from that worldview, and not just Christmas and Easter. Our students should learn enough to make sense of that.
Frank: I do know a parent who might still want to withdraw their kids. They can opt out if they send a letter, right?
Percy: Right, we must give them the chance to opt out by letting them know about the incursion in advance.
Terry: During the incursion a few teachers would supervise the opt-outs, and some would supervise the incursion. But we would have been teaching otherwise, so we can sort that out just like any other incursion.
Frank: I guess I don't mind as long as no-one gets upset.
Muhammad: No-one? We never get complete agreement among the parents about anything! As the board we're entrusted to make good decisions based on all the facts, which not all the parents have. So this is just like any other decision, if we think it's right we can handle a little upset by explaining the good reasons.
Frank: Well, those reasons are pretty good. OK I'm prepared to stand by them - especially in these multi-cultural times. Maybe we've missed out by not having more RE before. I'm actually starting to look forward to what our students might learn.
Percy: That sounds like consensus. All in favour?
All: Aye.